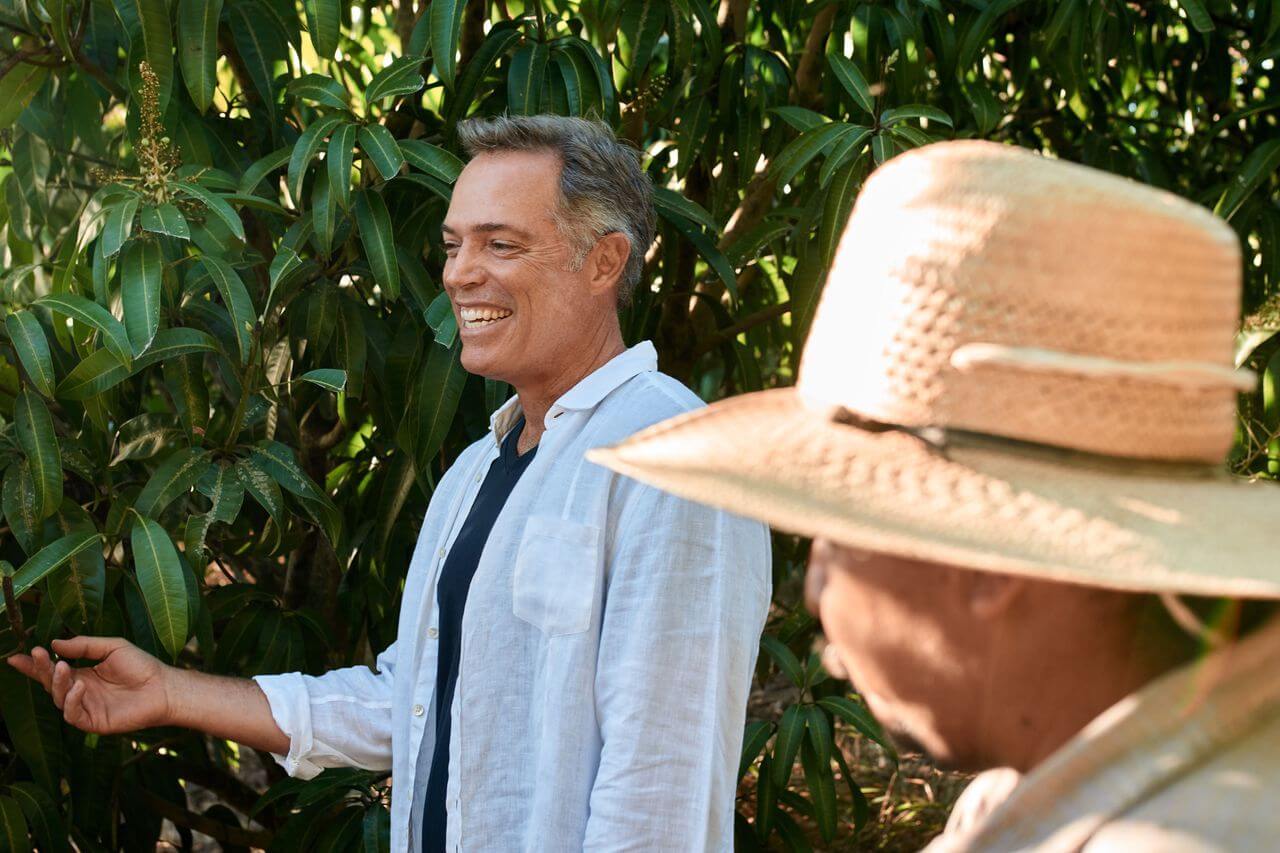 Ricardo Santa Cruz is a patient man. In 2008, he began the process of acquiring parcels of land in Riviera Nayarit, about an hour north of Puerto Vallarta, from 55 families. He spent two years consolidating the properties and the next 12 years developing and constructing the master plan alongside business partners Jeronimo and Juan Bremer, which debuted last November as Mandarina, the lowest-density high-end project ever to be created in Mexico.

His current project, Xala, a 3,000-acre resort comprised of three hotels (with a total of just 150 rooms) and 150 homes on the Costalegre, south of Riviera Nayarit, actually predates Mandarina, yet is still in the planning and design stages, as that project has required him to negotiate the legal titles to the land with 68 different families.

When complete, Xala will surpass Mandarina as Mexico’s lowest-density project ever to be created, a distinction he is proud of, as most developers are looking to max out their projects with vertical builds, massive estates, and designer golf courses.

But Santa Cruz, 49, is hardly a typical developer. Born in Mexico City and raised in Guadalajara until he left at the age of 15 for boarding school in Pebble Beach, the U.S.-Mexican dual citizen  started on his entrepreneurial path with the opening of Mexico’s first bungee jumping experience in Guadalajara in 1994. “I probably did hundreds of jumps during that time, because I was constantly having to show people that it was safe,” says Santa Cruz, who now lives in Puerto Vallarta.

Next, he developed American Healthcare Products, which deals in the Latin American distribution of medical supplies.

Ten years into the job, ,he came across the real estate opportunity that is today Xala.  he says. For three years, he attended the region’s monthly assemblies, getting to know the entire community, while also in the process of negotiating the deal for the land. With their blessing, he began the master planning of Xala in 2008, while at the same time, working with his partners and investors to also acquire the land for what is now Mandarina.

Largely because of the environmental impact it would have,  there is no golf course at Xala—a similar decision he made at Mandarina, which is set on 650 acres with a 105-room One&Only resort with plans for 54 homes.

“More and more people are aware of the environmental impact development can have, so we’re finding creative ways to positively enhance our projects,” he says. At Mandarina, for example, they created a polo and equestrian center. Yes, about .00001% of people play polo, but anyone can use the field to play soccer, have a picnic, fly kites…there are so many options and ways for people to use it.”

At Xala, the land was eroded because the farmers had poor agricultural processes. Santa Cruz worked to oxygenate the land and bring in organic farming practices. The revived trees brought in birds and enhanced the natural landscape. “There are two wetlands on the site that are of international significance and host migratory birds that fly down from the U.S. and Canada,” he says. “One of them was dying, and we helped to revive it. We’ve also increased the turtle vesting by 25% each year, and 40% of the property is going into a registered protected area for conservation.”

Helping the community and a reverence for the environment are just some hallmarks of Santa Cruz’s projects. “A significant amount of what we’re looking to do at Xala, and a lot of what I’ve been spending my time on during Covid, has to do with looking at local art and artisans to bring in authentic cultural aspects to the projects.”

Here, he shares some of the regional artists and craftspeople he has discovered of late.

Ceramics. “Guadalajara-based Jose Noe Suro Salceda works with artists all over the world, from Mexico to Dubai and New York. What’s unique about his practice is that he absorbs their work, learns from it, and it pushes him to do things that haven’t been done before. He’ll blend styles and pieces like a puzzle maker, and then has the technical wherewithal to pull it off.”

Architecture. “I love Manuel Cervantes ’ work. He doesn’t have a huge ego where he makes the project all about the building. His goal is to blend the architecture in with the surrounding nature. If you’re in a tropical paradise, the architecture shouldn’t be dominating the landscape.” Surf boards. “I love to surf. There’s a shaper based in Ensenada named Orozco. I have a lot of his boards, and he does a lot of shaping for international clients.”

Textiles. “ Emma Boomcamp is based in Oaxaca, in El Teocuitatlan del Valle, where a lot of famous Mexican textiles come from. Like Suro, she works with a range of artists and is a master at mixing and matching. She also gives back to the community and knows the best areas to source from for sustainability.”

Artisanal Spirits. “There’s so much more to Mexican spirits than tequila. Mezonte is a bar in Guadalajara owned by Pedro Jiménez, who specializes in helping small local artisans in the Jalisco region distribute. Some of my favorites are Mezonte and Chacolo.“