Social impact heroes: Why & how Ricardo Santa Cruz of Xala is helping to change our world 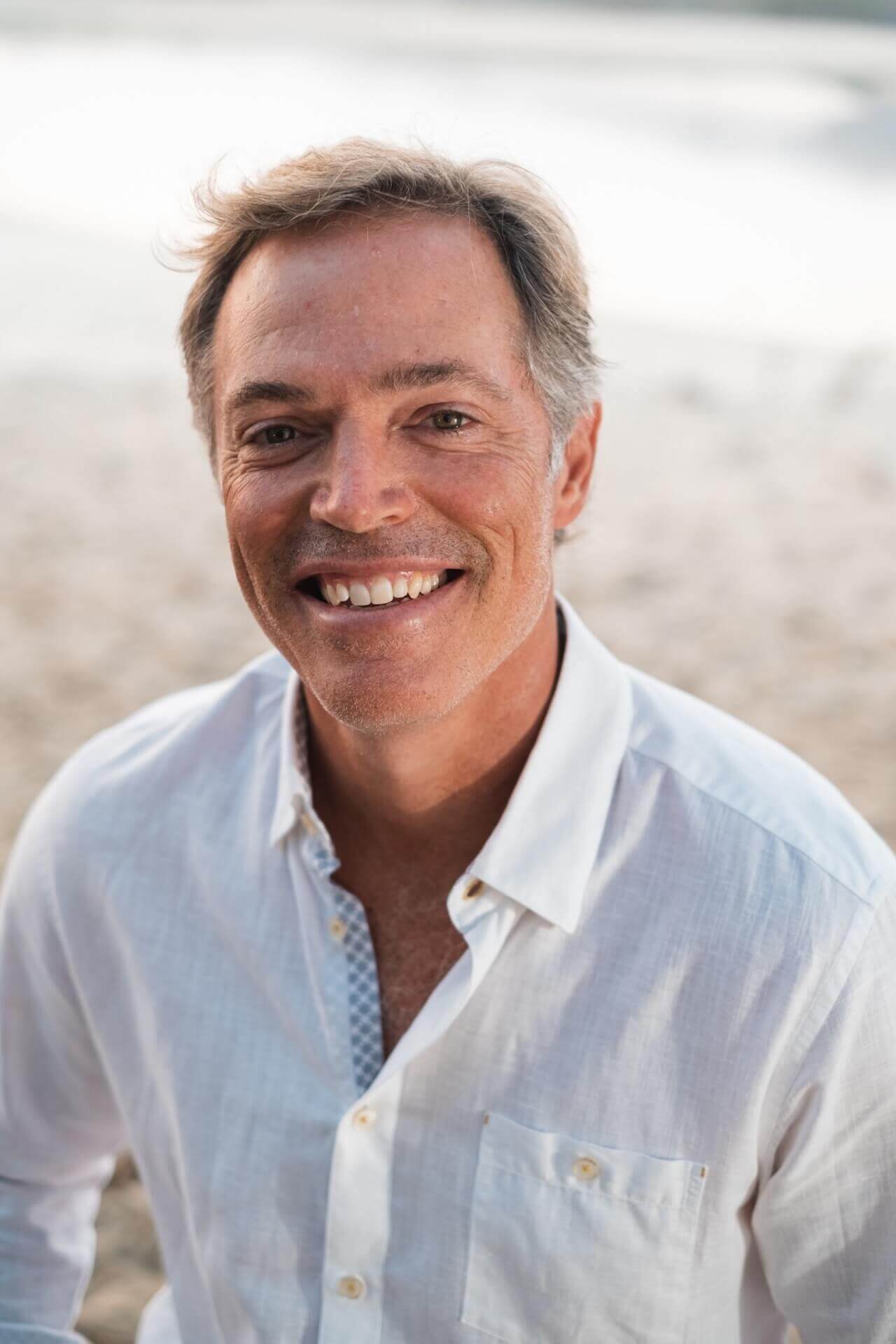 … Before making any decision within our development we always first analyze how this will impact the surrounding communities and what are things that we can incorporate into our decision making that will have a positive impact on them. An example of this is what we did with our water supply. We had to bring the water from an aquifer that is 10 miles away from the development and which would pass through our neighboring community. Instead of just building the water line for ourselves we went to the state government and convinced them of co-investing with us so that we could benefit 230 families and bring water to 2,400 acres of land.

As part of my series about “individuals and organization making an important social impact”, I had the pleasure of interviewing Ricardo Santa Cruz.

Ricardo Santa Cruz is an entrepreneur, real estate developer, innovator and business leader in Mexico with over 20 years’ experience. Ricardo is the CEO and one of the founding partners of Xala, he was a lead negotiator in raising and securing the initial USD $90 million investment for the project as well as the acquisition of the 3,000 acres of land for the development. Ricardo’s experience in developing the most forward-thinking real estate projects in Mexico has played an integral role in the development and success of the Xala project, where community and sustainability are the driving forces behind the project’s mission.

Thank you so much for joining us in this interview series! Can you tell us a story about what brought you to this specific career path?

My father-in-law at the time had 3,000 acres of beach front property in a trust that he controlled. The trust had a duration of 25 years. For twenty of those years´ he tried to resolve a conflict that had existed with that land for over 40 years. Ten different families had title to the land, but 68 families had the possession. Because the trust was about to expire and he had exhausted all is hopes in trying to resolve the conflict, he asked me if I would be interested in giving it a shot. The land was beautiful and had enormous potential, so I went for it. Long story short is that over a period of 4 years I was able to negotiate the purchase of the title from the landowners and more importantly the possession from the 68 families of farmers and cattle ranchers that had been working the land.

Can you share the most interesting story that happened to you since you began leading your company or organization?

Meeting my business partner, Juan Bremer, while going through the process of acquiring the land for Xala was an event that changed the course of both our lives. For context — I was in the process of consolidating land and had the land title for over 1,200 hectares of what is now Xala. The possession of the land was held by 68 local families which had mistakenly been given to them by the Mexican Government in 1960 as part of a larger land grant that was given to a total of 252 families while creating a new population center for that region of the country. While negotiating the possession terms with these 68 local families, a leader in the community approached me and told me that a man by the name of Juan Bremer was trying to purchase the possession of the same land at a higher price than I was offering. Since I held the land title, I was confused as to why anyone would do this, so I tracked Juan down.

The next day, I met him at the hotel where he was staying and explained to him that I was the title holder etc. and even though I did not have any documentation or proof, there was an immediate sense of trust between us right from the start. After talking more, he mentioned he was looking for land to put together a real estate investment fund and needed it to justify raising the money. Coincidentally, I told him I had this idea for a project, but I needed more money, and I proposed we partner up. Two weeks from the day we met we had negotiated our partnership and signed all the paperwork. The rest is history, and we have been partners for 15 years.

Can you share a story about the funniest mistake you made when you were first starting? Can you tell us what lesson you learned from that?

When I was negotiating the possessions of the land I would many times have to reach side agreements with the eldest son or daughter that was in charge of the family. On one occasion after months of negotiating with the eldest son, he told me and my assistant at the time that he would close the deal with me if I would sign over the title of my assistants brand new pick-up truck to him on the spot. My assistant almost had a heart attack but I instructed him to hand over the keys and I would buy him a new truck later. What I didn’t realize was that the main reason this occurred was because the eldest son hated my assistant and knew he was very passionate about his pick-up truck. I also didn’t realize that upon handing over the keys, he would drive off and leave us on a parcel of land that was 5 miles from the closest town. What I learned was never give away your mode of transport unless you’ve already arranged for someone else to pick you up!

Can you describe how you or your organization is making a significant social impact?

Before making any decision within our development we always first analyze how this will impact the surrounding communities and what are things that we can incorporate into our decision making that will have a positive impact on them.

An example of this is what we did with our water supply. We had to bring the water from an aquifer that is 10 miles away from the development and which would pass through our neighboring community. Instead of just building the water line for ourselves we went to the state government and convinced them of co-investing with us so that we could benefit 230 families and bring water to 2,400 acres of land.

Can you tell us a story about a particular individual who was impacted or helped by your cause?

Yes. Xala has 5 miles of coastline, and when we first got there, there was a small turtle sanctuary that was operated by a woman named Ceci Martinez who had worked there for over 20 years. As you can imagine, guarding 5 miles of beaches requires a lot of equipment and personnel to be able to patrol the coast and protect the turtle eggs from poachers and predators. Through our project, we were able to give Ceci the resources needed and equipped her team with a budget capable of supporting and growing the operation.

Since our involvement, there has been a 200% increase in turtle hatchings and releases over the last 10 years. We are currently in the process of building a new turtle camp complete with a learning center to help build awareness around the importance of turtle conservation. Unfortunately, Ceci passed away last year- but we are honoring her by naming the camp after her and educating others so that her legacy can live on through Xala.

Are there three things the community/society/politicians can do to help you address the root of the problem you are trying to solve?

The root problems start with a lack of education and awareness. The community can work together on initiatives that don’t necessarily cost money but do bring awareness to issues that can be tackled and addressed such as recycling programs. Society needs to understand that a widening gap between the haves and have nots doesn’t benefit anyone. Those that have the means should contribute to causes in their local communities that are well run, transparent and are helping with initiatives that bring hope and opportunity to the more marginalized. Politicians need to focus on prioritizing the needs of the community rather than the projects that will give them the most immediate visibility.

How do you define “Leadership”? Can you explain what you mean or give an example?

Leadership is about creating a vision and mission that is not easily obtained but inspires people to want to reach for it. It is creating a platform that enables every person that comes into contact with it to want contribute their passions, dreams and talents to the cause.

An example is when you are creating a new destination like we are in Xala in which you start with a large white canvas of 3,000 acres of land surrounded by pristine natural resources and marginalized communities you get the opportunity to create a new way of developing. The best way of doing so is not by a “I know what’s best approach” but rather by setting a goal like “lets develop in a way that actually contributes to the restoration and improvement of the environment, includes and improves the lives of the marginalized communities that surround the development and allows for the people that will come and live in this new destination an opportunity to be a part of a sustainable community that they can be proud of”. Then once the vision is set, go out and find the most passionate and talented people you can for each aspect of the development and give them the creative freedom and opportunity to live out their dream while contributing to a cause that is much greater than any single individual.

What are your “5 things I wish someone told me when I first started” and why. Please share a story or example for each.

A free online education system that is recognized and accredited on a global scale that can take advantage of the fact that that the entire world will soon have internet connectivity.

Can you please give us your favorite “Life Lesson Quote”? Can you share how that was relevant to you in your life?

“If you say you are going to do something, do it.” Building a new destination and community from scratch requires the involvement and trust of many different organizations and people. Building that trust takes years and if they cannot rely on the fact that even when times get tough you will stick to and honor your commitments that trust will be lost and once lost it is gone forever. I always keep my word.

Is there a person in the world, or in the US with whom you would like to have a private breakfast or lunch with, and why? He or she might just see this, especially if we tag them. 🙂

Elon Musk because he is not afraid to continually push the boundaries of what is possible.

How can our readers follow you on social media?

This was very meaningful, thank you so much. We wish you only continued success on your great work!