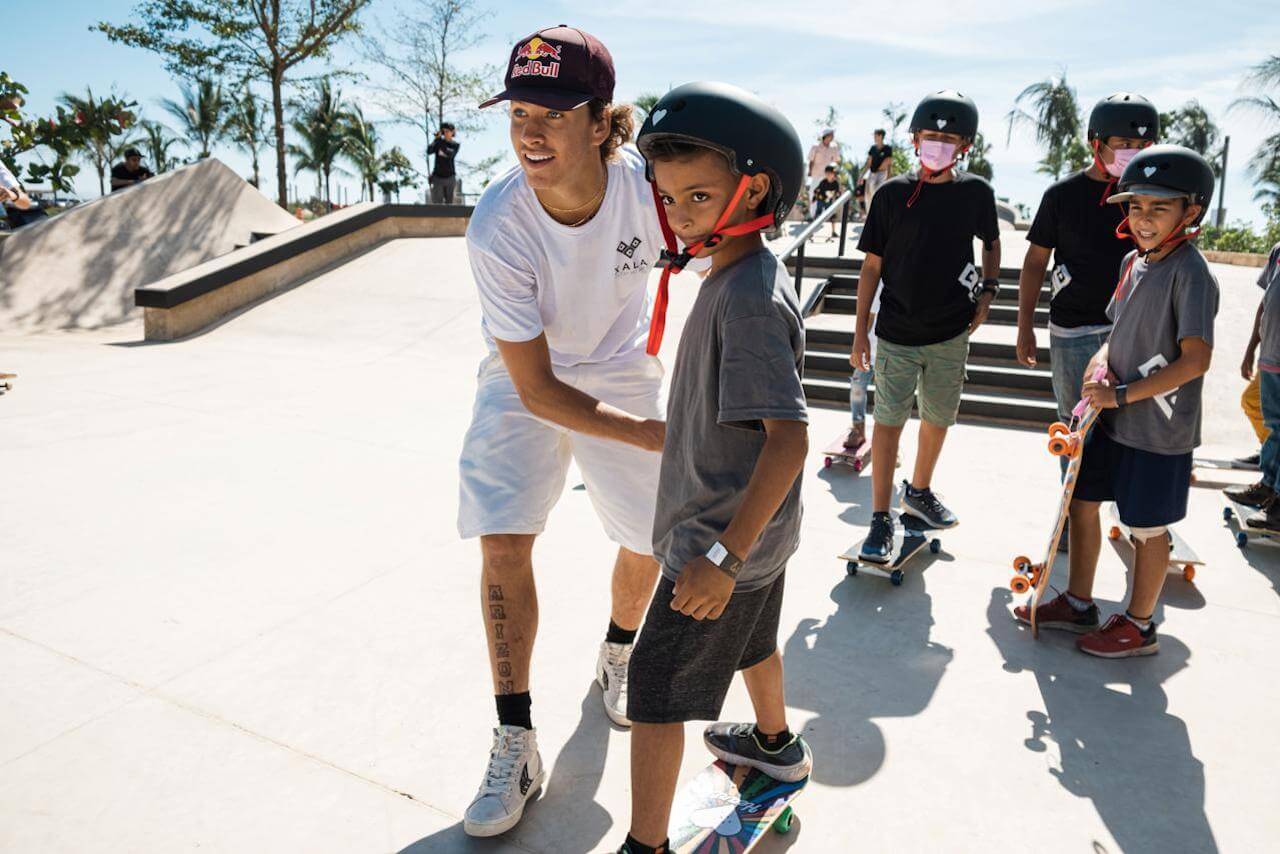 One of the lasting impacts of skateboarding’s Olympic debut this summer in Tokyo has been the world reevaluating its definitions of who skateboarders are. A sport that has been maligned and othered for decades entered the mainstream, revealing diverse competitors ranging in age from 12 years old to 46.

But for as many talented young skateboarders who competed in the Tokyo Games, there are far more across the world who may have that same innate talent and drive to skateboard on a professional level, but lack the resources or access to progress in the sport.

The Heart Supply, a skateboarding brand established in 2020 by Element founders Johnny and Kori Schillereff and their children Lenox and Camp, is working on changing that.

Santa Cruz’s aim in developing Xala was to attract socially conscious travelers and create a sustainable community in Costalegre, including a working hacienda, boutique hotels, a turtle sanctuary, a water project and wildlife habitats, as well as sports offerings for the local community, including a soccer team and the skatepark.

The skatepark is free to the public, and at the inauguration event with The Heart Supply over the weekend, Schillereff and his team set the local community up with 100 donated boards.

Nearly 30 years after founding Element, one of the industry’s most successful brands, Schillereff wanted to shift his focus to making skateboarding more inclusive and affordable. He and his family founded The Heart Supply with the intention of donating a portion of proceeds to giving kids around the world skateboards.

“How many skateboards can we get under kids’ feet and introduce them to skateboarding culture?” is how Schillereff describes the philosophy behind The Heart Supply. “Skateboarding provides them this opportunity to be part of the most beautiful activity in the world, but also, those kids will grow up and be skaters and feed the rest of the industry,” he said.

Growing up with a father who was in the military and spending a lot of time around the United States and in Europe, Schillereff, a former pro skater sponsored by Vans, always had a global view of skateboarding.