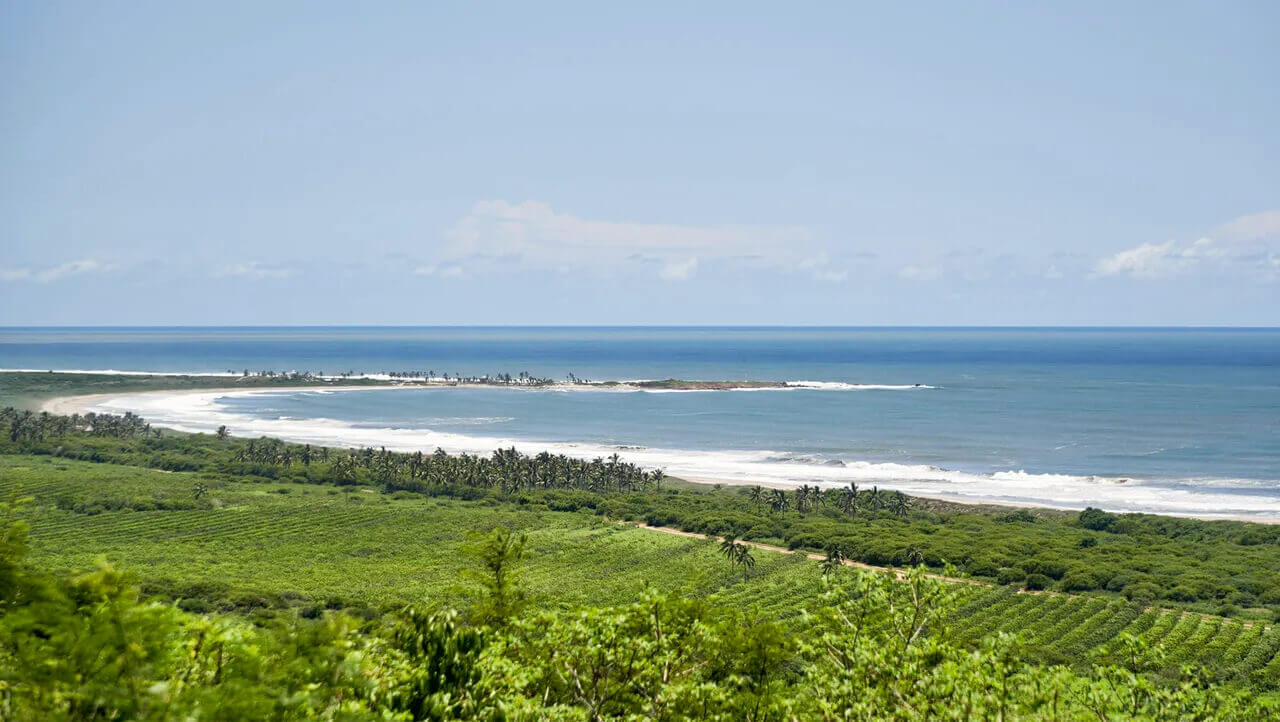 This is not a story of a luxury development in Mexico. Luxury developments in Mexico are a dime a dozen. That story has been told. Instead, this is a story about community, about bridging a gap between local and tourist and about how we can work together for the benefit of everyone. What better way to go into the new year, when connection, teamwork and hope are more important than ever.

As with many industries around the world, the pandemic exposed cracks in the travel industry. But none was as gaping as the crack it exposed with respect to country sustainability. But a new luxury development on the coast of Jalisco is striving to change the status quo, with the goal of creating a community that is equally accessible to both tourists and locals.

The project is called Xala. It’s a convergence of a luxury lifestyle community that would integrate seamlessly into the community, providing social and cultural integration, environmental preservation and high-end luxury living. The development will include residences, boutique hotels, a hostel, a mango plantation, beach clubs for both guests and locals, a skate park, cultural center and much more — all located south of Puerto Vallarta on nearly 3,000 acres of Pacific coast. While the idea was born more than a decade ago, it feels like it is arriving at exactly the right time.

Nearly 9 percent of Mexico’s GDP comes from tourism, which had devastating implications for Mexico’s economy when foreign dollars stopped pouring in due to travel restrictions around the world. In June 2020, Mexican job losses exceeded 1 million. According to an August 2020 survey in Mexico, 49 percent of respondents had lost their jobs or were laid off as a result of the pandemic. While Mexico fared better than the rest of the world with respect to tourism during the pandemic, with the arrival of 31 million tourists in 2021, generating more than 490 tourism projects and attracting more than $7 billion in tourism investment, the drawbacks to the reliance on tourism for economic stability was made more than evident in the past two years.

“As developers, we’ve seen how, basically, the traditional model of development is broken,” said Ricardo Santa Cruz, founding partner of Xala said. “It needs to change. Being in Mexico we would see either one of two types of developments: massive, large-scale, all-inclusive hotels that are devastating to the environment and generate all kinds of problems, or you have the high-end master-planned communities, but those traditionally build a huge wall that moves the existing communities out and takes over the land.”

When the local community is not incorporated, the development becomes sterile. Travel is about immersion in the local environment, about learning from the locals and experiencing a new culture. But these two development models, which tend to be the largest revenue generators in Mexico, achieve the opposite. It creates a very “us and them” mentality, which is detrimental to both the traveler and, more importantly, the community.

“What ends up happening is anything from the extreme case of social resentment, or closed channels of communication for [locals] to naturally integrate. There is an awkwardness between tourists or foreign residents so it’s hard for them to culturally integrate. The surrounding communities do not really benefit directly, except for potentially gaining some employment. But there are no collateral benefits to them,” said Santa Cruz.

A community, not a resort

“I mean true social integration, not just a punchline,” said Santa Cruz. He was part of the team that developed resorts like the One&Only Mandarina, the Four Seasons in Mexico City and Mayakoba. “Xala is different because we are creating a community, not a resort. It is a community that will afford several opportunities for visitors or residents.”

Within the community, guests and residents will be able to involve themselves in a variety of projects, from environmental to social to agricultural endeavors. Xala will have five miles of coastline, including two estuaries that are naturally protected. But this part of the coastline was also home to 68 families who had lived here for generations. Their voices had a very big say in how the project has been developed.

“It’s really important as a developer to listen to the community,” said Santa Cruz. “A lot of developers come in with large egos and think they know what is best for uneducated, poor communities, when the fact of the matter is [the communities] know more about what they need and what’s good for them.”

The original plan was to build a school for the local communities, but after discussion with them, it was revealed that they didn’t need schools. They already had schools. What they did not have were after-school programs. So Xala opted to build a cultural center, a soccer field, a skate park and a beach club for the residents. Students will be bused into the cultural center every afternoon from 3 p.m. to 5 p.m. to participate in activities that light their passions, including skateboarding, soccer, art, dance, music, volunteering with local turtle sanctuaries and learning English.

“The local community already has a whole way of life that does not depend on tourism at all. By the time the first hotel guests arrive, the whole dynamic changes. For the local community, they have a sense of pride and ownership in the project, and for guests or residents who come, they see who was there first and ask, ‘How do I incorporate myself? What can I do to give back?'”

The environmental aspect is just as detailed. This part of Mexico is not known for its rainfall. Erosion is a problem, as is the use of pesticides on crops and farmland. One of the things Xala has been doing is restoring the quality of the land. They have been working with the community, the farmers and the fishermen on an estuary restoration program, as well as a program to deoxygenate the land and purify it. The entire process took five years and organized the community to help carry it out.

In order to bring water to the Xala development, a waterway had to be organized that would travel through outlying communities. Xala now provides these families with year-round potable drinking water — something that was not accessible to them before. This allows farmers to begin growing more valueable crops and selling them year-round. This allows the farmers to negotiate better rates for their crops, as they are less reliant on the seasons.

Of course, there will be luxury at Xala — and plenty of it. The development plans to open three boutique hotels, each with 30 rooms, along with a long list of amenities. These are scheduled to open in Q1 2023. Residences are also a big part of the plan, but the project was designed to be accessible to a wider group of people.

“When the minimum ticket price is multi-million dollars, you’re leaving out a lot of very cool and interesting people — young people of all walks of life that are people you want to hang out with; people you want to be part of the community,” said Santa Cruz. “So, what we did was we created a residential product of one-, two- and three-bedroom homes that start as low as $450,000.”

Of course, Xala will also have a product that can cost up to several million dollars, but no matter what your property costs you, the rights and access and amenities are the same across the board.

“That injects vitality and diversity and keeps the community alive,” he said.

We still have a ways to go before we can see the true effect of a place like Xala. Some of the community aspects, like the cultural center, soccer field and skatepark have already opened. The local community is establishing its place in this new revitalized atmosphere before any outsider comes in. That is how Xala is doing it differently.

“Covid has made everyone really reflect on our responsibility and that we all should give back in different ways,” Santa Cruz said. “We want to invest in this region. It has the highest potential for sustainable, high-end tourism development in Mexico. Long-term, this will remain a region that is going to be all about sustainable development.”